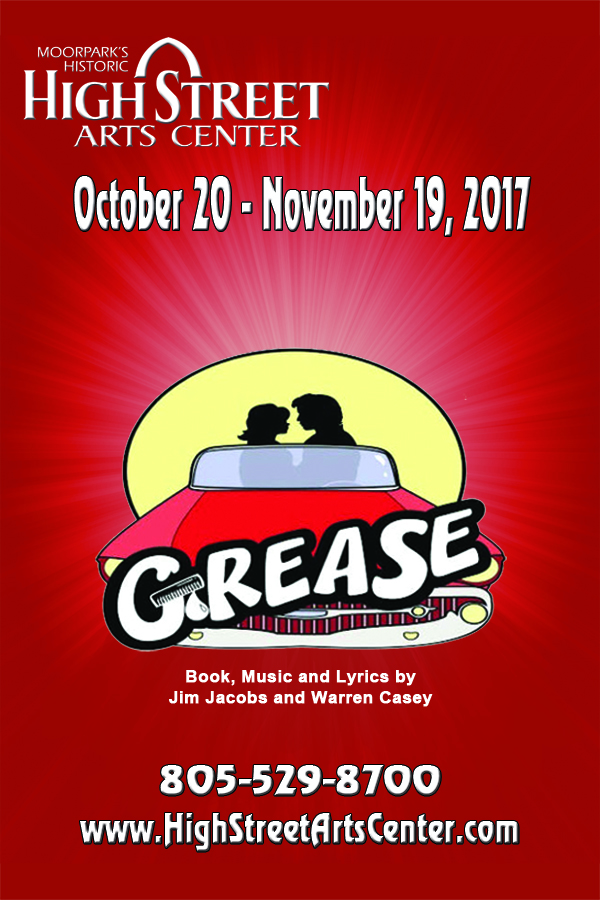 Made famous by the 1978 movie starring Olivia Newton John and John Travolta, Grease is one of the most performed musicals in the world. Set in the fictional Rydell High School, the show follows the romance between hot-rodding gangster Danny Zuko and the sweet new girl in town, Sandy Dumbrowski. They had a secret romance in summer, but now back at school, peer-pressure and cliques make their love a bit more complicated.

DANNY ZUKO: Male (Late Teen – Tenor). The macho leader of the “Burger Palace Boys.” Well-built, nice-looking, with an air of cool, easy-going charm.  Strong and confident, he struts, swaggers, sings and charms.
CALLBACK SONG: You’re the One That I Want

SANDY DUMBROWSKI: Female (Late Teen – Soprano). Danny’s love interest.  Sweet, wholesome innocence, naïve, and cute; based on Sandra Dee of the “Gidget” Movies.
CALLBACK SONGS: You’re the One that I Want & Hopelessly Devoted to You

FRENCHY: Female (Late Teen – Soprano). A dreamer, good natured, well meaning, but inept and something of an air-head.  Heavily made-up, fussy about her appearance – particularly her hair.  She can’t wait to finish high school so she can be a beautician.

MARTY: Female (Late Teen – Alto). The “beauty” of the Pink Ladies.  Pretty, looks older than the other girls, but betrays her real age when she opens her mouth.  Tries to act sophisticated.
CALLBACK SONG: Freddie My Love

DODDY: Male (Late Teen – Tenor). Youngest of the guys.  Small, boyish, open, with a disarming smile and a hero-worshipping attitude toward the other guys.  He plays the guitar.
CALLBACK SONG: Those Magic Changes

PATTY: Female (Late Teen – Mezzo). A typical cheerleader at a middle-class American public high school.  Pretty, pushy, snobbish, given to burst of disconcerting enthusiasm.   Catty, but in an All-American Girl sort of way.  She can twirl a baton.

CHA-CAH: Female (Late Teen – Soprano). A blind date. She is exotic and loud-mouthed.  She is a stunning dancer from the cross town high school (St. Bonaventure for our show), the “Rizzo” of a rival gang.

TEEN ANGEL: Male. (25-35 Tenor). A good-looking, falsetto-voiced Fabian-look-alike.  A singer who would have caused girls to scream and riot back in 1958.
CALLBACK SONG: Beauty School Dropout