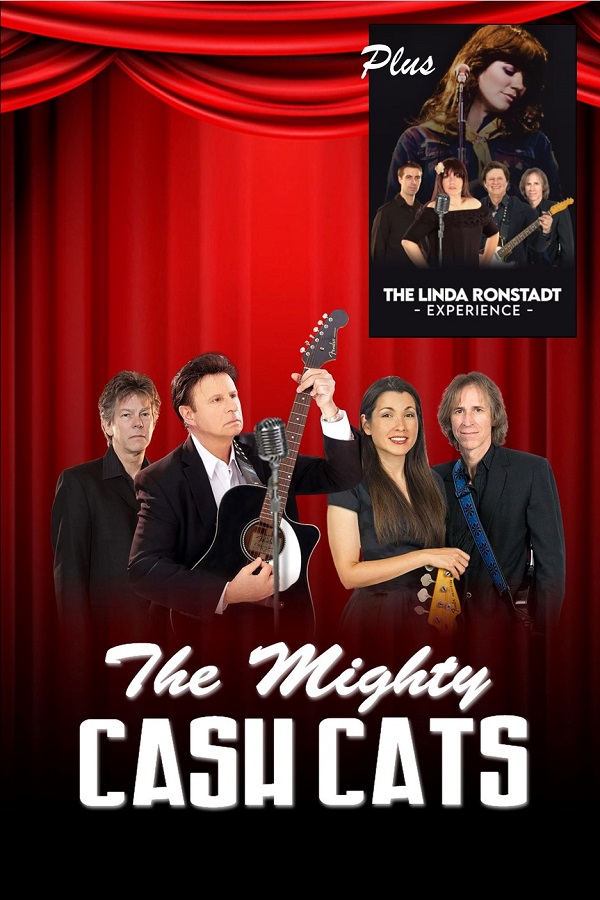 Plus, The Linda Ronstadt Experience

The Mighty Cash Cats pay tribute to the legendary Johnny Cash, from his early hits with Sun Records to his highly acclaimed “American Recordings” album. They received rave reviews during their just completed US and European tour, during which the appeared with Kris Kristofferson and Merle Haggard.

“Critically acclaimed for their expert preservation of Johnny Cash’s performance’s, The Mighty Cash Cats have awed audiences across the country.” San Diego Tribune

“If you never had the chance to see Johnny Cash and June Carter perform live, then cheer up, the Mighty Cash Cats’ Michael J and Leticia are filling the void.” LA Examiner

“The Mighty Cash Cats are as close as you can get to the real thing.” Salt Lake Tribune

If the audience closed their eyes during Michael J’s show they, no doubt, thought that Johnny Cash, had managed to find his way back to the terrestrial bandstand.” Jerusalem Post