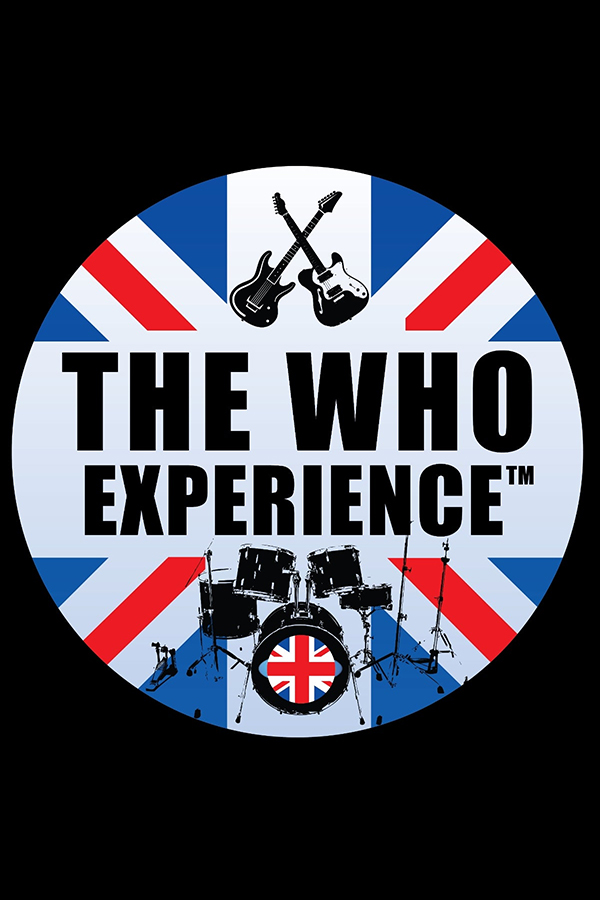 THE LEGEND
Along with the Beatles and the Rolling Stones, THE WHO complete the trinity of British rock and roll. The list of their smash hits including “Behind Blue Eyes”, “Won’t Get Fooled Again”, “Who Are You”, “Baba O’ Riley” (Teenage Waste Land) . and the list goes on and on. THE WHO was one of the most influential bands of the 20th century playing at Woodstock in 1969 and being among the first bands to appear during the launch of MTV in 1981.

THE WHO EXPERIENCE is a powerful recreation, both musically and visually. All the members are veteran musicians who deliver a must-see performance for classic rock fans young and old.

According to BestClassicBands.com, The Who were riding high on the early success of Tommy when they played the Merriweather Post Pavilion in Columbia, MD, on May 25, 1969. Opening the show was a relatively new English band whose first album had been released in January of that year: Led Zeppelin. The Who’s crew had to pull the plug on Zeppelin when their eight-song set-which included “Dazed and Confused” and “Train Kept A-Rollin'” and “Babe I’m Gonna Leave You”-went over its scheduled time to prevent the headliner’s show from going past curfew. Led Zeppelin’s name was misspelled on the tickets (“Lead”), which cost a mere $5.75 – even a bargain in those days.

WHO’S ZEPPELIN, recreates that incredible night back in 1969 night when two of the greatest rock bands of all time shared the same stage.