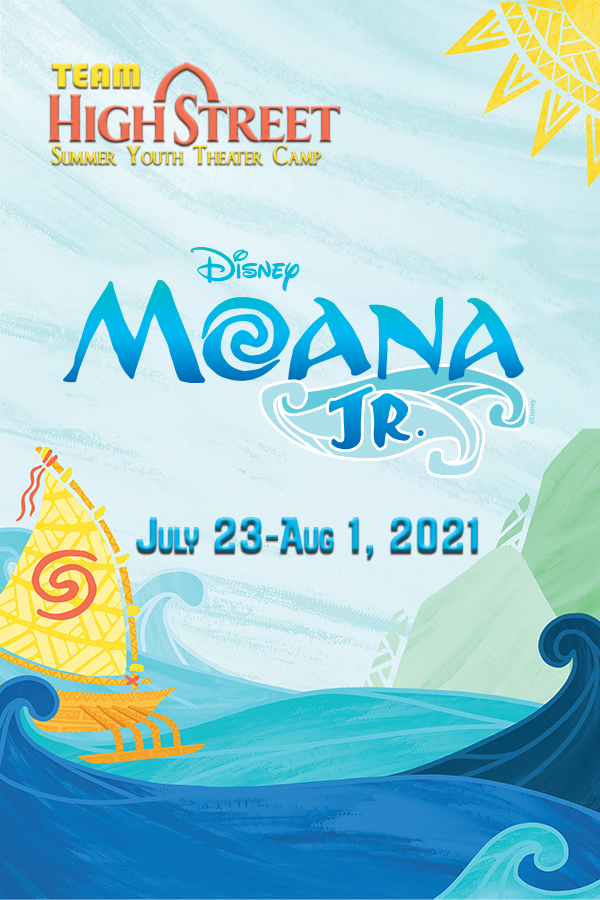 Talented theater producers know how to make lemonade when handed a bag of lemons.

That’s exactly what Megan Rayzor did when she was deciding what show the High Street Arts Center’s youth theater program should stage this summer.

Rayzor is the youth program’s education director. Following a year that saw theaters from Broadway to High Street go dark due to the pandemic, she was determined to mount a live production for youngsters in town.

But due to COVID-19 protocols that require social distancing and smaller groups, she was limited in the shows she could stage. Rayzor opted to go small and stage the musical “Moana Jr.,” which only has a dozen principal roles to fill.

“Moana Jr.” is a 60-minute adaptation of the 2016 Disney film about a strong-willed Polynesian princess who must traverse the South Pacific with a demigod named Maui to save her people from a deadly darkness that kills all in its path. Tony-winning “Hamilton” creator Lin-Manuel Miranda co-wrote the songs, including “How Far I’ll Go,” “Shiny” and “You’re Welcome.”

When the musical is staged July 23 to Aug. 1, participants enrolled in the program will be split into four different casts; each group will perform the show two times. Kids and teens ages 9 to 17 have until June 14 to register for the program at highstreetartscenter.com. Cost is $600.

Rayzor is excited about working with four casts of 20 instead of two casts of 40 this year.

“More kids get more roles, and every kid gets a talking role,” she said.

The program had to be canceled last year due to COVID-19; online workshops were offered in its place. When “Moana Jr.” opens in July, it will be the first live show staged at High Street since the pandemic began.

High Street’s youth theater program is a “heck of a lot different” this year due to COVID-19 safety measures, Rayzor said.

Instead of in-person tryouts, participants must submit auditions via video. When rehearsals begin in June, participants and staff will be required to wear masks, have their temperatures checked daily, keep 6 feet apart, hold rehearsals primarily outdoors and perform all shows outdoors. Participants in one cast will never interact with participants in another cast.

“We know so much more about COVID this summer,” Rayzor said.

Casts will rehearse for three hours a day, four days per week.

“We’re jumping in with this model. We get a whole summer to try it out,” Rayzor said. “We’re exploring new ways to expand.”