Moorpark Foundation for the Arts

The purpose of the Foundation is to support and promote the growth and enjoyment of the performing arts and visual arts in Moorpark and surrounding areas. The Foundation operates the High Street Arts Center and sponsors youth musical theatre education programming. A major program goal is to provide youth, particularly economically disadvantaged youngsters with an opportunity to discover and experience live theatre. Show case sessions and Theatre Camps are given under the direction of trained and experienced faculty. While not all these children will follow a calling to the arts, they all benefit from the empathy, creative development, and the teamwork the artistry requires. Above all these children emerge from the program with increased confidence in themselves and their ability to function as young adults and to contribute to the society around them.

The Moorpark Foundation for the Arts relies on the generosity of many individuals who participate in one or more of our membership programs. Our Sponsors provide an essential base of annual support to the High Street Arts Center and maintain its status as a leader among Ventura County’s performing arts centers. In grateful acknowledgement, we offer a generous variety of sponsorship levels and benefits to enrich each member’s performing arts experience. 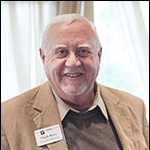 Hugh Riley
President/CEO; Facilities Manager;  Administrative Committee and Finance Committee
Hugh Riley is the MFA-HSAC ‘s President and led the formation of the Initial Foundation when it was established by the City in 2009. Hugh was responsible for the overall management of the High Street Arts Center while it was operated by the City from 2005 until 2009 thereafter with the MFA-HSAC until he retired as Assistant City Manager in December 2014. Hugh has continued to serve as the liaison to the City of Moorpark and successfully negotiated early building leases and the 2012 and 2015, Three-Year Operating Agreements for the High Street Arts Center and adjacent support buildings at 33 and 61 East High Street.  With over 40 years of service in municipal government management, Hugh provides the MFA-HSAC with a unique variety of administrative experience and skills. Theater has been part of Hugh’s life since childhood and he has taught and practiced all facets of the theater arts including acting, directing, set design and construction, stage lighting and marketing. Hugh is a graduate of Penn State University and a decorated Vietnam War Veteran.

Michael W. Marion
Vice President; Administrative Committee and Past President
Dr. Marion is a retired Clinical Audiologist, having lived in Moorpark for the past 35 years. His professional experience has included Board of Director positions for the American Academy of Audiology, the Audiology Foundation of America and the California and Wyoming Academies of Audiology. He is accomplished in marketing, convention and event planning and scholarship fund raising. Dr. Marion received B.S. and M.S. degrees from the University of Utah and Doctorate of Audiology from the Arizona Health Sciences Program. He has been active in the performing arts as a singer with various award winning acapela vocal groups. His daughters, Noelle and Missy are graduates of the Pepperdine University theater program and are both currently working as professional actors, dancers and directors in live theater in NYC and California. His son, Christopher recently earned a Master’s of Environment MENV degree from the University of Colorado in Boulder and is currently living in Venice, California.

Ken Rayzor
General Manager; Administrative Committee and Finance Committee
Ken Rayzor has called Moorpark home since 1990. In the early years, after dropping his kids off at school, he would begin his daily commute on picturesque tree lined High Street thinking, wouldn’t it be great if I could move my company here. He owned a Hollywood recording studio then that provided advertising and broadcast services for companies like Nordstrom, Edison, Blue Cross, Disney, Sandals, and others. While Old Towne Moorpark’s charm and beauty were undeniable, the forty-five-minute drive was not very practical for the LA talent with whom he worked. But fast-forward to 2010 when the City of Moorpark offered him the opportunity to run the High Street Arts Center, and the chance to bring his creative and business skills home was one he wouldn’t pass up. The theater has seen a ten-fold growth in the ten years since. In addition to a full season of live theater, he has added concerts, comedy and a vibrant youth program that serves 200 kids annually. It’s been a wonderful life in this community where he raised his family, served as Little League President, and had so much support along the way. He is excited for all the possibilities that lie ahead.

Cara Tedrick
Board Secretary and Front of House Manager
Theater is truly a family affair for Cara. She serves as Front of House Manager at the High Street Arts Center placing her in charge of the Box Office, Will Call, Concessions and promotion displays. Cara has been working behind the scenes since her daughter McKenna, husband John, and son John Michael found a passion for the stage. Cara has served as the director/co-director of “Christmas Magic” for the last 4 years at the High Street Arts Center. Cara is a teacher and Cheer Coach at Mesa Verde Middle School her in Moorpark.

Laurel Marion
Treasurer and Finance Manager- Finance Committee
Laurel Marion has served as the Treasurer and Finance Manager of Moorpark Foundation for the Arts/High Street Arts Center since 2012.  She has also functioned as a Costumer for various productions at High Street Arts Center and is currently the theatre’s resident Costume Custodian.  Laurel’s credits include Hairspray, South Pacific, The Addams Family, and Annie.  Additionally, she has also costumed for the Moorpark High School as well as other local theaters and has been the gracious recipient of several Four Star Alliance awards for costume design.  Laurel’s professional career was spent in the medical field where she and her husband, Michael, successfully established and managed The Hearing Center, an Audiology and Hearing Aid Dispensing practice, for over twenty-five years in Camarillo.  Now in her retirement, Laurel is grateful to High Street Arts Center for facilitating the rediscovery of her artistic passions and utilizing her strengths in finance.  A longtime advocate of the arts, Laurel is proud to serve her community by fostering creative talent and perpetuating a thriving artistic community in Ventura County.

Bernardo Perez
Board Member; Event Sponsorship, Board Development
Bernardo M. Perez is a Trustee of the Ventura County Community College District, Area 4 largely comprised of Moorpark, Simi Valley, Susana Knolls and Home Acres. He previously served twelve years on the Moorpark City Council including a term as Mayor. He has served on the Boards of various area community-based organizations and currently serves on the Board of Directors for the Adventist Health Simi Valley Hospital Foundation and House Farm Workers!

Megan Rayzor
Board Member; Education Director
Megan Rayzor has been involved on the theater scene for over fifteen years and entrenched in the youth theater world since 2009. She has been at High Street since 2010 and has worked on over 26 productions here. She holds a BA from UCLA (Major in History, Minor in Theater). and a MA from Pepperdine (Education) and teaches at Moorpark High School.

Kathee Boyer
Board Member;  Primary Stage Manager/Producer
Kathee has been involved with Ventura County Theater since 2001. Since 2010, she has been volunteering here at High Street. She has been a member of the Moorpark Community for over 30 years and raised two children with her husband Ken. Kathee is a Registered Nurse, specializing in High-Risk Obstetrics for over 35 years. Currently she works in The Perinatal Center at Valley Presbyterian Hospital.

Sue Hearon
Board Member; Concession Manager
Sue Hearon has been volunteering at High Street for more than ten years and has served as the concessions manager for much of that time. She holds a Bachelor of Arts (Liberal Studies) from California Lutheran University as well as a Master of Arts (Curriculum and Instruction) from Grand Canyon University. She has taught Mathematics in Moorpark for the past 21 years.

Nora Morris Kulkarni
Board Member
Returning to the theatre in 2017 after a twenty-year hiatus, Nora immediately felt welcomed by the High Street Family and is proud to call High Street Arts Center her theatre home. She’s worked backstage as a Costumer, Youth Music Director, Mainstage Assistant Director, and the Event Director for the 2020 Gala. She’s also a High Street Arts Center Award and Four Star Alliance Award winner for her work onstage. She is excited to make a difference as the MFA looks to the future, expanding the theatre’s online presence and helping to reach new audiences.