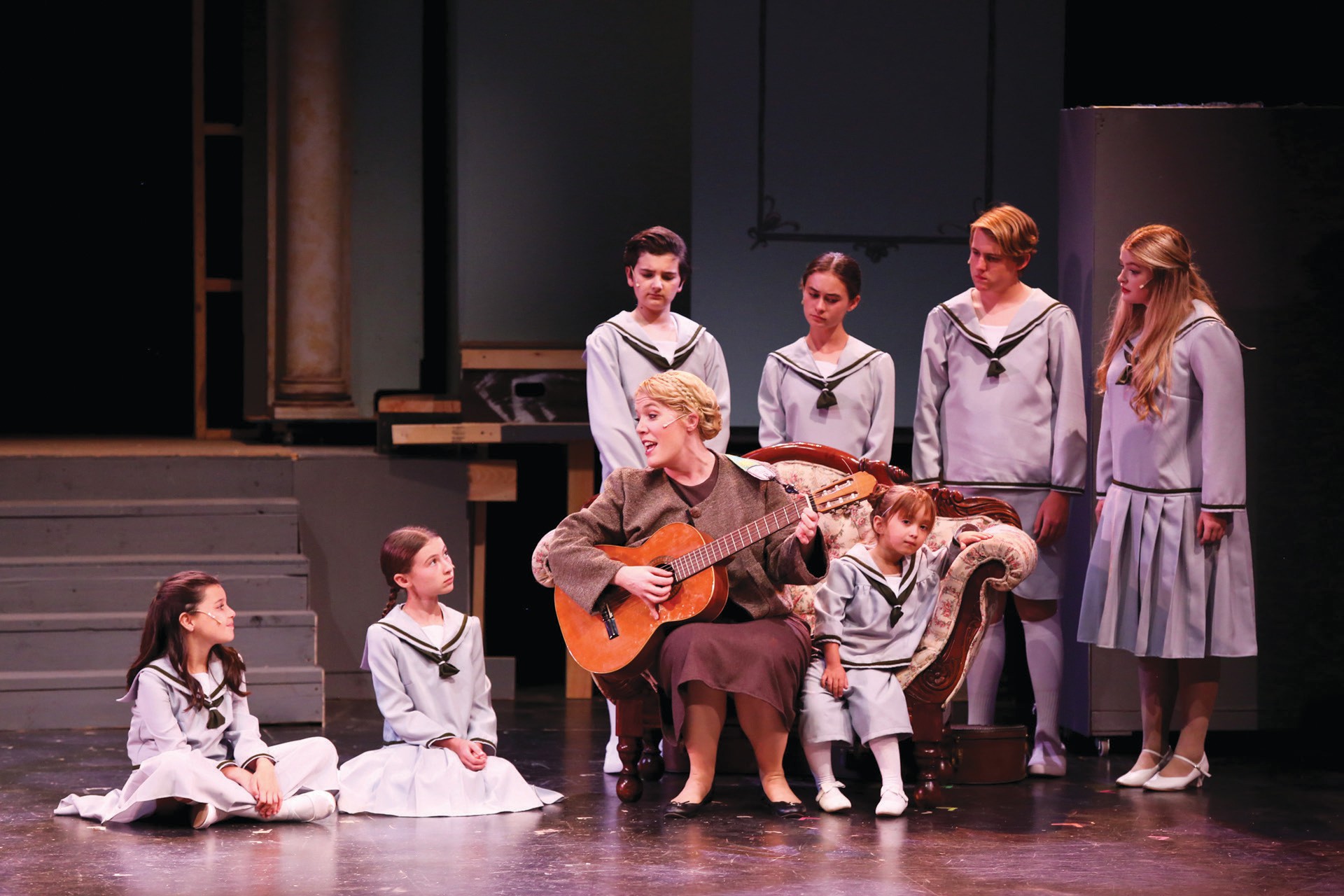 Cary Ginell reviews The Sound of Music at HSAC

The hills of Moorpark are alive once again as Rodgers and Hammerstein’s beloved swan song, “The Sound of Music,” is brought back in a beautifully performed production at the High Street Arts Center.

The venerable musical, about the lives of Austria’s Trapp Family Singers in the late 1930s, opened for a month-long run June 3, and an enthusiastic opening night audience left the theater humming tunes like “Do-Re-Mi” and “My Favorite Things.”

“The Sound of Music” marks the directorial debut of Michael Rosenblum, a versatile actor in such High Street shows as “Matilda,” “Dirty Rotten Scoundrels” and “Into the Woods.”

Rosenblum was anxious to bring joy to Moorpark audiences with the musical but also wished to make a salient point about the show’s political undertones. In his program notes, Rosenblum points out that when Capt. Georg von Trapp sings the faux Austrian folk song “Edelweiss” in front of an audience of Nazi soldiers near the end of the musical, it remind- ed him of modern-day Ukrainians singing their national songs in the face of their Russian invaders.

The juxtaposition of the Nazis’ frightening rise to power with the happiness brought by love and family has made “The Sound of Music” one of the timeless classics in the Rodgers and Hammerstein catalog, along with “Oklahoma!” and “South Pacific.” With its sprightly songs and bevy of cute children performers, the show continues to be one of musical theater’s surefire box-office attractions.

The success of any “Sound of Music” production depends largely on the effectiveness of the actress who portrays Maria Rainer, the music-loving postulate who becomes governess to a stolid Austrian naval captain’s brood of seven children. As Maria, Katie McTyre fills the bill superbly, with a winning performance that is both infectious and uplifting, melting the hearts of even the most jaded theatergoers.

Like Rosenblum, McTyre is a director herself as well as a voice teacher. She is an example of the best kind of theater performer, one who makes everyone around her better. Her chemistry with the seven young actors who play the von Trapp children is palpable, especially 6-year-old Ginny Cary as Gretl, the youngest von Trapp. Cary is making her stage debut in the role and looks like she is having the time of her life, hitting her marks solidly and perfectly timing her lines in both dialogue and song.

Arizona transplant Kit Runge plays an older but believable Capt. Von Trapp, possessing a glorious baritone that is on display in his “Edelweiss” solo and also on the lovely and romantic duet “Something Good.”

Lauren Whitton is delightful as the eldest daughter Liesl, while Chase Wilson, sisters Tate and Bridget Hunzeker, Jake McDermott and Madelyn Friedman are equally outstanding as the other children. Bridget Hunzeker is especially good in the key role of the sensitive Brigitta, who can’t help telling the truth, no matter what its consequences.

The role of Elsa Schrader, Capt. Von Trapp’s haughty fiancée, can be played in a variety of ways, but Joanna Bert chose to play her unsympathetically—a cold, calculating opportunist who poses like a frosty Ziegfeld girl while helplessly watching as the captain switches his affections to Maria. As the messenger boy Rolf, Maxwell Oliver does a finely tuned transition from awkward teen to budding Nazi and sings well with Whitton on the sweet “Sixteen Going on Seventeen.”

Barbara Mazeika and Taylor Capozzoli’s magnificent costumes are second only to the cast’s performances in this excellent production, which suffers only from a pallid and spare set design, with virtually no elements of the picturesque Austrian landscape that normally dominate productions of this show.