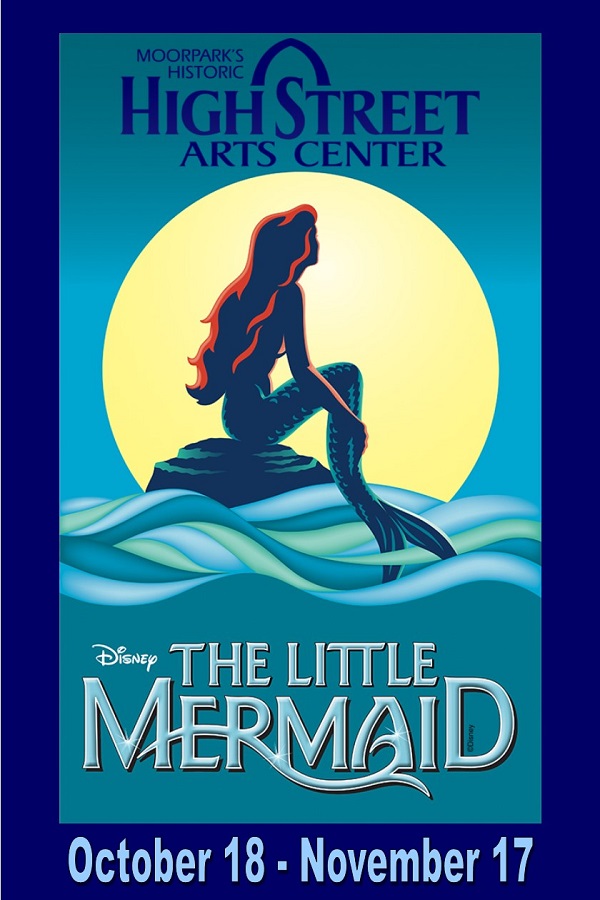 Set under and above the high seas, The Little Mermaid tells the story of Ariel, an adventurous young mermaid who’s got a thing for disobeying the rules and following her heart. Ariel’s fascination with the human world often leads her to the sea surface, a zone that’s designated as “off-limits” by her father Triton, the sea king. One day while sneaking to the surface, Ariel witnesses a shipwreck and rescues Prince Eric, with whom she become instantly smitten. Furious at Triton’s inability to understand her love for the prince, Ariel runs away and strikes a deal with Ursula, Triton’s evil witch of a sister, to experience the life she dreams of on land.

Eric (Human): Male. Very Early 20’s
B2-G#4 (lyric tenor or high baritone)
Must dance some and move well
Reluctant Prince of the land who’s heart is with the ocean. A truly kind and enthusiastic leader in the making who is fighting against the path others have planned for him.

Scuttle (Seagull): Male. Age Open
C2-G4 comedic singer
Must move well, including some tap dancing or soft shoe.
Self declared (but clueless) authority on humans. Ends up being a devoted friend to Ariel. Very comedic role with many malapropisms.

Triton (Merman): Male. Late 30’s through 50”s
G#2-F4 (legit)
King of the Seas and father to 7 grown daughters. He balances the roles the best he can as a widower. Powerful, yet can be very tender towards his girls. Has a temper.

Grimsby (Human): Male. 40’s through 70’s.
Sings a bit, but may speak/sing.
Eric’s father figure and counselor. Wants desperately to guide Eric to his destiny with great affection and love. Should be well spoken and carry himself with dignity. Comedic timing a plus.

Chef Louis (Human): Male. Age Open
F#3-A4 (legit tenor with a comedic flare)
Purely comic role. The Head Chef of the Palace, he loves his job but become obsessed with capturing Sebastian. Will be doubled with some ensemble work.

6 Female Ensemble Members: Ages, late teens through to 30.
These busy ladies will portray the Mersisters, Underwater Creatures, Maids, and Singing Princesses. Good tappers may be seagulls.
All must sing well enough for solo lines – All vocal ranges.
All must move extremely well, dancers will be busy.
All must be able to create distinctive and memorable characters.

6 Male Ensemble Members: Ages, late teens through 50’s
The gentlemen will be portraying sailors (including the pilot with solo work), Undersea Creatures, Mercourt citizens (including Leeward & Wayward), palace workers, and chefs.
All vocal ranges
All must move well. Dancers will be busy. Good tappers may be seagulls.
Must be able to create clear characters